Catalogue Note Skagen Museum Oscar Björck came to Skagen for the first time on 14 July 1882, and visited the town several times during the 1880s. Skagen had a decisive influence on his art, and he quickly became good friends with the other artists there, particularly P.S. Krøyer. Björck painted both plein air studies and interiors. Launching the boat was his largest plein air painting from Skagen. In the picture, Björck depicts the daily work of the fishermen. The figures are almost life size, which makes them lifelike. He has applied such a thick layer of paint in several areas that one almost gets the sense that he has transferred the foaming waves and the coarse structure of the sand directly onto the canvas. In the autumn of 1888, Björck returned home from his many travels overseas and settled in Sweden. He worked as a professor at the Royal Academy of Art in Stockholm from 1898-1925. 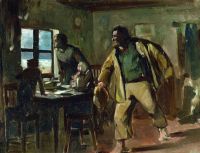 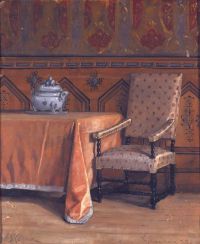 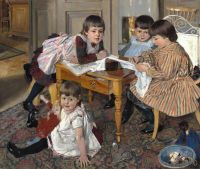 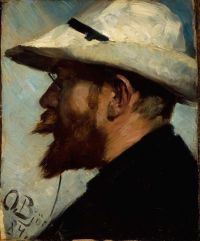 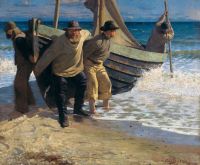 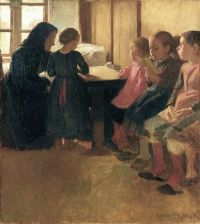 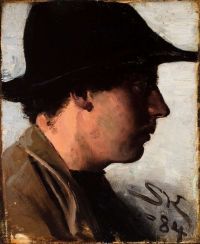 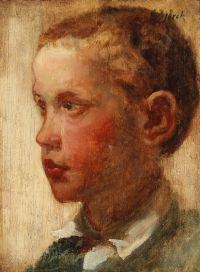 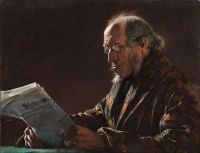 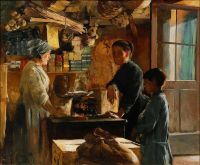 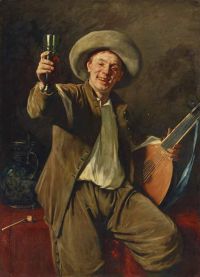 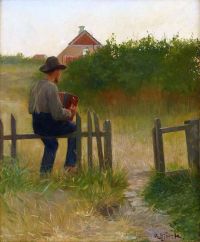 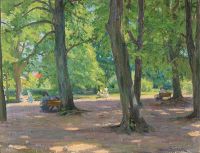