Shop » Classic » A to C » Achenbach
Oswald Achenbach (German painter) 1827 - 1905
The German painter Oswald Achenbach was born the fifth of ten children in Dusseldorf on February 2, 1827. Starting in 1835, at the age of 8, he attended the elementary class of the Dusseldorf Art Academy.
His famous brother, Andreas Achenbach, taught Oswald. Probably because Oswald Achenbach was dissatisfied with the academic teaching, he left the Düsseldorf Academy 1841. Instead Achenbach joined two Düsseldorf associations, the "Verein der Düsseldorfer künstler zu gegenseitiger Unterstützung und Hilfe" (Association of Düsseldorf artists for mutual support and assistance) as well as the group "Malkasten" (paint-box), of which Oswald Achenbach was a founding member in 1848.
In 1845 Oswald traveled Switzerland and northern Italy for some time. After extensive studies of nature, Oswald Achenbach found his own style. However, Achenbach had economic success only as of 1850 when his work was represented by the newly established gallery Eduard Schulte, which wanted to promote artists that sought to develop independently from the academy.
The same year Achenbach went on another trip to Italy along with his friend Albert Flamm. Both made oil sketches directly in front of nature. On May 3, 1851, Oswald Achenbach married Julie Arnz, daughter of a Düsseldorf bookseller and print shop owner, with whom he has four daughters and a son. In was in those days that Oswald Achenbach had his first international success.
In 1852 he was made honorary member of the Amsterdam Academy of Art. He was awarded for at World Exhibition in Paris in 1855, where Achenbach showed a large selection of works. He received a gold medal in 1895 at the Paris Salon. Other honorary memberships were awarded by art academies in St. Petersburg and Rotterdam.
In 1863 Oswald Achenbach became professor of landscape painting at the Art Academy in Dusseldorf where he taught until 1872. On occasion of his 70th birthday Oswald Achenbach was appointed honorary citizen of the city of Dusseldorf in 1897.
On February 1, 1905 Oswald Achenbach died as a recognized painter and major figure of the city in Dusseldorf. 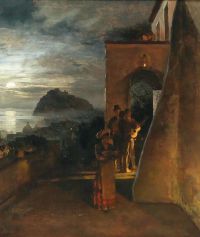 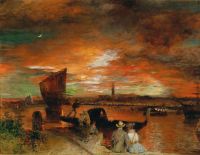 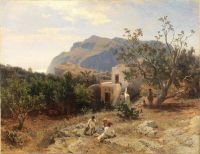 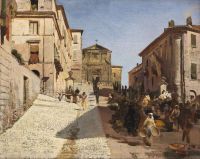 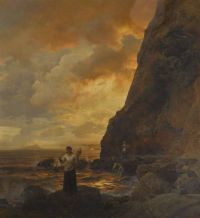 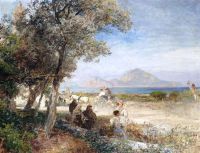 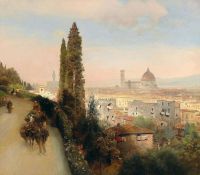 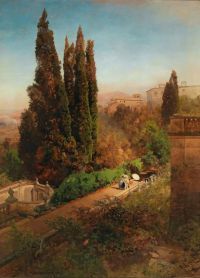 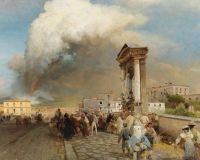 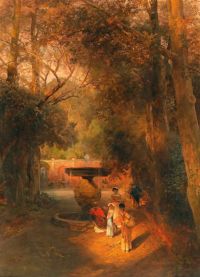 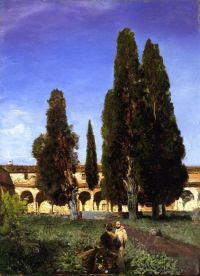 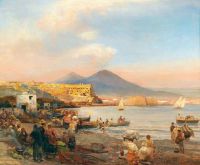 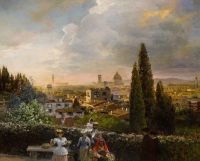 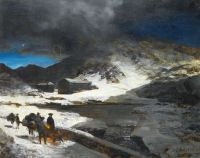 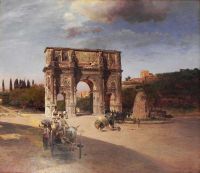 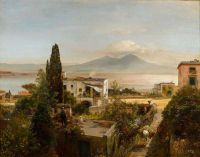 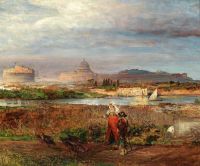 My order arrived Ladies if the Night. I love it. (Donna Townsley, Blindbay, Canada)