Born near Düsseldorf in the German Rhineland, Albert Bierstadt immigrated with his parents to New Bedford, Massachusetts, in 1831. Determining at an early age to become a painter, he returned to Düsseldorf in 1853 to study art at its famed academy, where he developed the grandiose style that characterized much of his later work. In 1858 Bierstadt joined an expedition led by Frederick W. Lander to survey a wagon road from Fort Laramie, Wyoming, to the Pacific Ocean. Two years later he exhibited the first of his Rocky Mountain landscapes at the National Academy of Design in New York, winning immediate election to that body. Thus encouraged, Bierstadt made subsequent trips into the American West in 1863, 1866, and 1872, laying the foundations for large-scale canvases that proved to be enormously popular with the public and brought record prices. Bierstadt traveled widely in Europe, where he received numerous awards from several foreign governments. By the early 1880s, however, styles in art had begun to change, and galleries in Europe and America exhibited fewer of Bierstadt’s panoramic views. 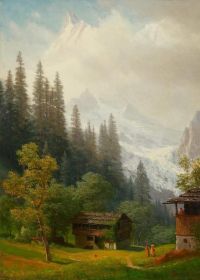 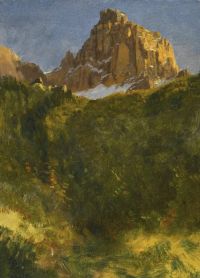 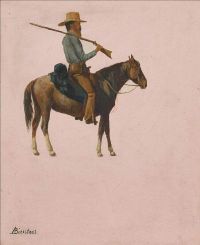 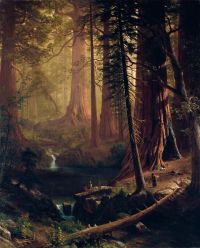 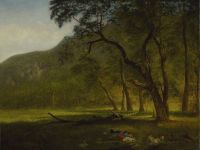 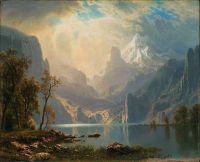 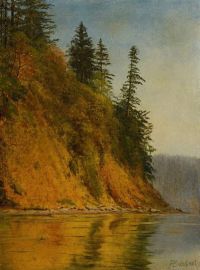 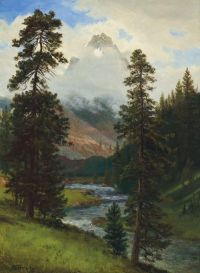 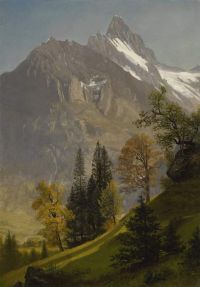 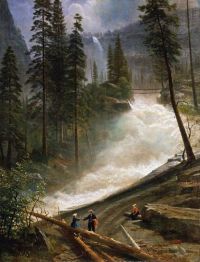 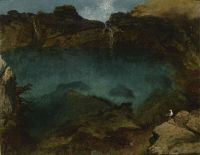 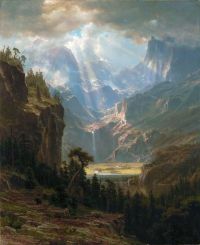 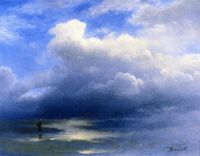 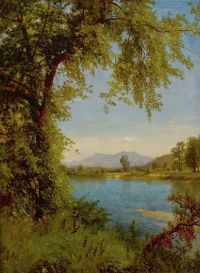 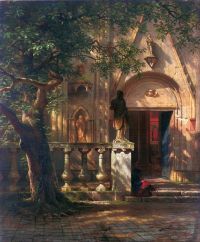 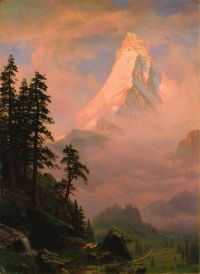 Bierstadt Albert The Glory Of The Heavens Ca. 1889 canvas print 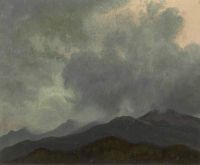 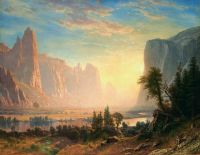 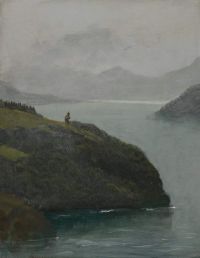 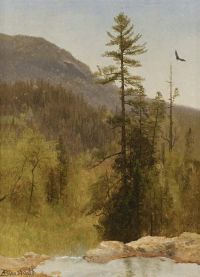