John Bauer was a Swedish painter and illustrator best known for his illustrations of Bland tomtar och troll (Among Gnomes and Trolls). Princess Tuvstarr and the Fishpond (named after Carex cespitosa), painted in 1913, is perhaps Bauer's most notable work. John Bauer was born and raised in Jönköping with his two brothers and sister, Anna Bauer, whose early death at 13 had a profound effect on John and his brothers. Living in an apartment situated above their father's charcuterie, he was always given to sketching and drawing. At sixteen, he set off for Stockholm to study art, and after two years he entered the Royal Swedish Academy of Arts. At the academy he met Esther Ellquist, whom he would marry in December 1906. Together they embarked on a two-year long trip to Germany and Italy to study art (1908–1910). Bauer's wife became the model for many of Bauer's paintings, most notably The Fairy Princess in 1905. Bauer suffered from depression and self-doubts. By 1918 his marriage was falling apart, divorce was being discussed, and the world was at war. John and Esther, and their two-year old son, Bengt or Putte, were on their way to a new home in Stockholm, where John hoped for spiritual renewal and a new life for himself and his family. In the wake of the recent well-publicized train accident of Getå, John booked their return to Stockholm on a ferry, the Per Brahe steamer. John Bauer died in the shipwreck of Per Brahe along with Ester and Bengt. Bauer's early work was influenced to a large extent by Albert Engström and Carl Larsson, two contemporaries and influential painters. Bauer's first major work was commissioned in 1904, when he was asked to illustrate a book on Lappland. It was not until 1907 that he would become known for his illustrations of Bland tomtar och troll, the yearly fairy tale book, in which his most highly acclaimed works would be published in the 1912-1915 editions. Bauer also produced a fresco, Den helige Martin (The Holy Martin), which can be seen in the Odd Fellows lodge in Nyköping. Bauer's themes can be found in later works by the illustrators Arthur Rackham, Sulamith Wülfing, Kay Nielsen, Brian Froud and Rebecca Guay. 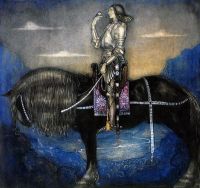 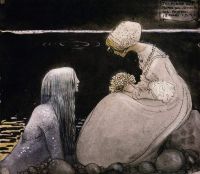 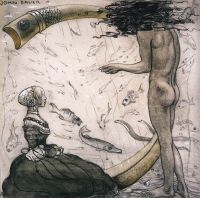 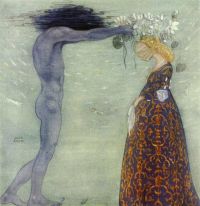 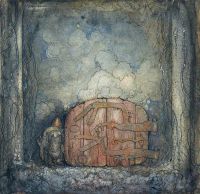 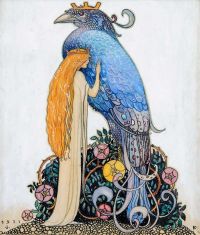 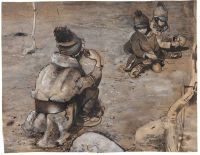 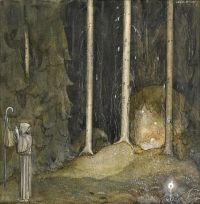 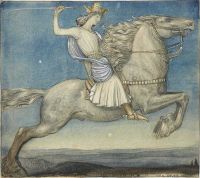 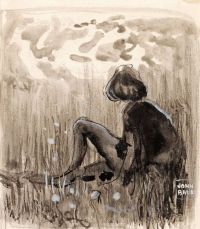 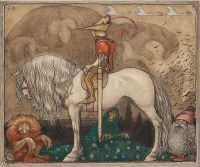 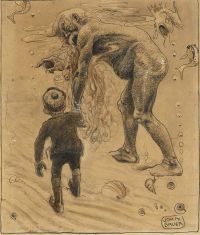 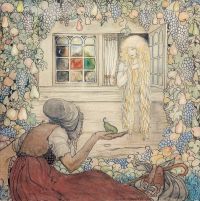 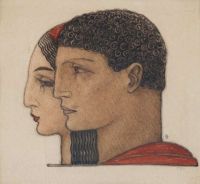 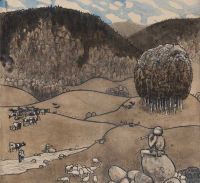 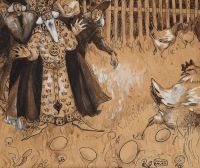 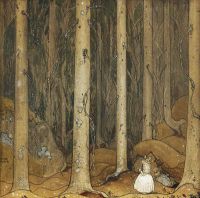 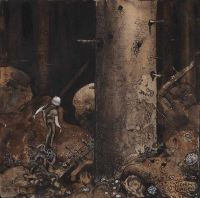 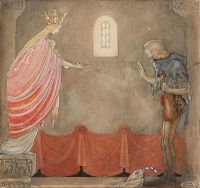 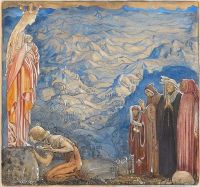 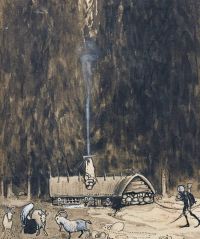 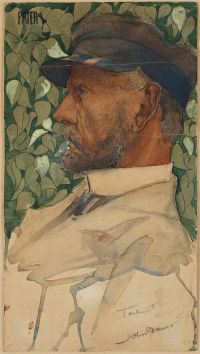 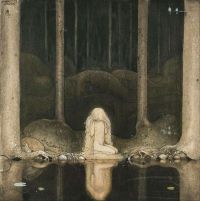 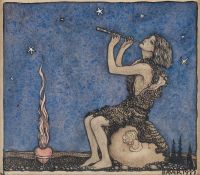 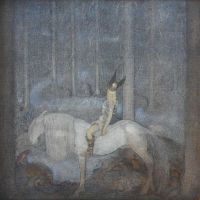 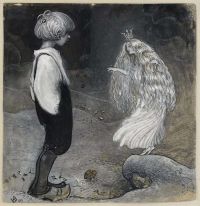 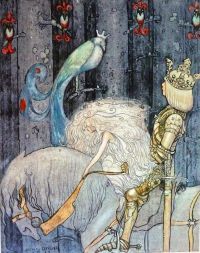