Shop » Classic » A to C » Bashkirtseff

Painter, sculptor, proto-feminist and creator of one of the most extraordinary journals ever written, Marie Bashkirtseff (November 24, 1858–October, 31 1884) was born in Ukraine to a somewhat nomadic and eccentric family of petite noblesse. From an early age, Marie’s intelligence and the force of her personality held sway over her wandering, expatriate family. And wander they did, back and forth across the face of Europe and Russia. In 1873 she was 14 years old, living in a sun swept villa on the shore of Mediterranean—along with her mother, aunt, brother, grandfather, family doctor, a train of servants, a monkey and dogs (always her beloved dogs)—when she began inscribing the events of her seaside days: her infatuations, acute and precocious observations, passions, dreams, radiant artistic notions, loves—every topic that fell into the ken of her encompassing mind and luminous vision. Marie’s devotion to beauty and the fine arts defined the focus of her brief, prolific life. In 1877—against the wishes of family and the orders of her doctors—she moved from the temperate climate of Nice to Paris in order to study painting. She enrolled in the Académie Julian, the only art school in Paris at that time accepting women; during this period Marie also began attending meetings of “Le Droit des Femmes,” the leading society of the emerging French feminist movement. At the Académie, Rodolphe Julian—the founder—and Tony Robert-Fleury took an immediate and great interest in her talent, and of the overwhelming force of her fiercely determined self. Simultaneous to her artistic development, Marie published articles regarding the Rights of Women, writing under the nom de plume of Pauline Orell. Always, in every endeavor, Marie seemed engaged in an inexorable battle with passing time, sensing from early on that her own time was short. In spite of her personal wealth and illness, she worked tirelessly—eight to twelve or more hours a day, virtually for the remainder of her life. After a relatively short period of study, M. Julian asked Marie to paint a large canvas depicting his Académie, for submission to the Salon. Her painting, L’Atelier Julian (The Studio), has long been regarded as a masterwork of La Belle Époque. Scarcely known in her lifetime, Marie Bashkirtseff’s paintings, sculptures and her epic, monumental Journal have established her as one of the great women of the 19th century. She died of consumption (pulmonary tuberculosis) in Paris at the age of 25—feeling she had accomplished little. Her mausoleum in Cimetière de Passy depicts an artist’s studio in stone, and is a French Heritage site. Upwards of two hundred of Marie Bashkirtseff’s paintings, sculptures and sketches disappeared during Hitler's destruction of Europe; nevertheless, today her art is known throughout the world, and the Journal is ranked among literature’s eminent, encompassing examples of belles-lettres—parallel to the diaries of Virginia Woolf, Samuel Pepys, and Anais Nin, and like the letters of Vincent van Gogh and the sonnets of Michelangelo, the Journal of Marie Bashkirtseff stands as a literary witness of the creative life and is now accorded the status of world literature. 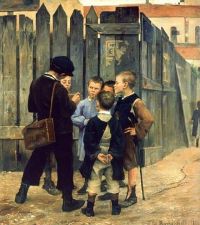 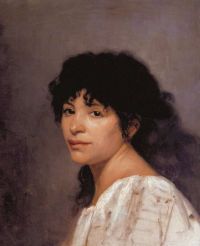 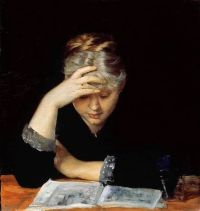 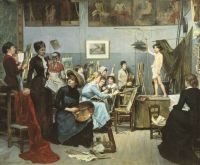 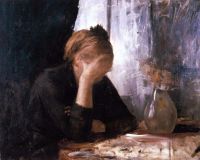 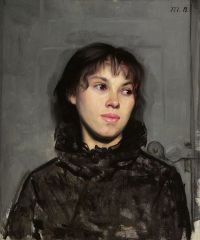