Maxwell Ashby Armfield was an English artist, illustrator and writer. Born to a Quaker family in Ringwood, Hampshire, Armfield was educated at Sidcot School and at Leighton Park School. In 1887 he was admitted to Birmingham School of Art, then under the headmastership of Edward R. Taylor and established as a major centre of the Arts and Crafts Movement. There he studied under Henry Payne and Arthur Gaskin and, outside the school, received instruction in tempera painting from Joseph Southall at Southall's studio in Edgbaston. He was later to recall: Apart from invaluable benefit from guidance and advice from such masters as Henry Payne, Arthur Gaskin and Joseph Southall, I really taught myself, as must any one who hopes to do individual work... I detested the Life Class, and rarely attended it: I refused to learn perspective or anatomy as they bored me, and generally, I could not have been a worse student. Leaving Birmingham in 1902, he moved to Paris to study at the Académie de la Grande Chaumière under Gustave Courtois and René Menard, where he became an associate of Gaston Lachaise, Keith Henderson, and Norman Wilkinson. He exhibited at the Paris Salon in 1904, where his painting Faustine was bought by the French State and donated to the Musée du Luxembourg, and is now in the Musée d'Orsay, Paris. In 1909 he married the author and playwright Constance Smedley who was first cousin of his friend and fellow artist William Smedley-Aston and his wife Irene, and, like many with connections to the Arts and Crafts Movement in Birmingham, settled in the Cotswolds. In 1911, they both appear on the census of that year as resident in Minchinhampton (Gloucestershire). The couple became close collaborators: working together to combine design, illustration, text and theatre. Armfield's wife also influenced him to become a pacifist and Christian Scientist. From 1915 the couple spent seven years in the United States. In 1946 Armfield released the book 'Tempera Painting Today', published by Pentagon Press LTD. A detail from Armfield's painting Self-Portrait (1901; Birmingham Museum and Art Gallery), was used as the cover illustration of the Oxford World's Classics 2006 edition of The Picture of Dorian Gray. Armfield has paintings in the collection of several British institutions including Derby Art Gallery, Southampton and Nottingham Gallery and the Russell-Cotes Art Gallery. His 1917 Domesticated Mural Painting was used as cover artwork for the 1969 Fleetwood Mac album, 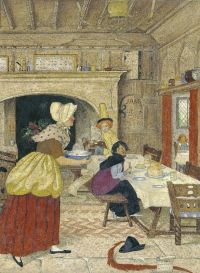 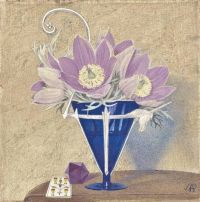 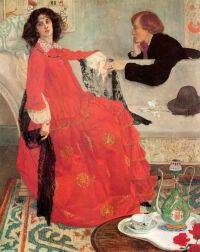 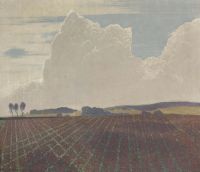 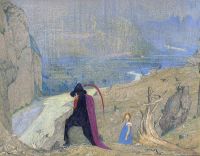 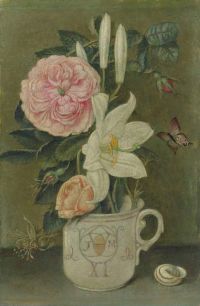 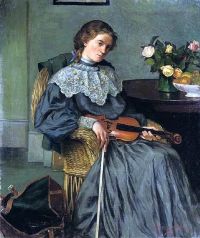 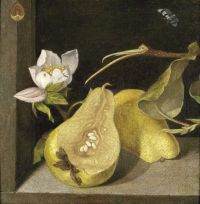 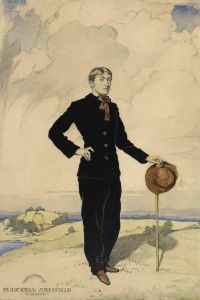 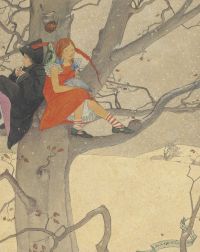 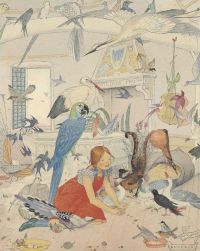 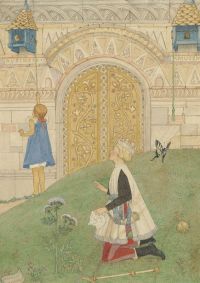 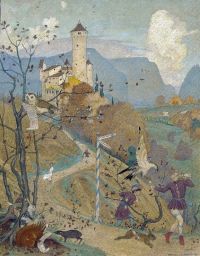 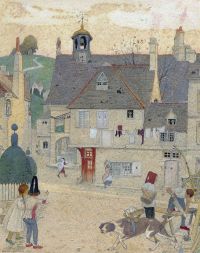 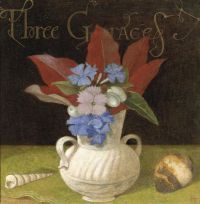 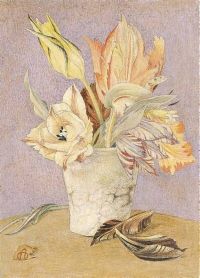 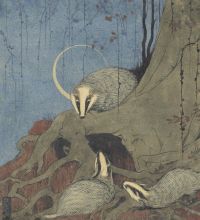 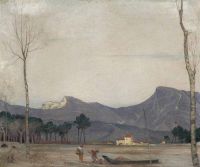 Armfield Maxwell Ashby With The Dawn Loud They Heard The Surges Roar Stood By The Sea Ca. 1910 canvas print 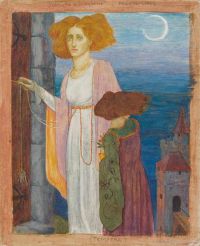