Buland went to the École nationale supérieure des Beaux-Arts to learn from Alexandre Cabanel. His father was an engraver. His first paintings were Symbolist pictures of old scenes, but he quickly switched to showing scenes from everyday life. He used photos to help him paint things that looked real. He won the Second Grand Prix de Rome in 1878 and 1879, back to back.

He won three medals for his work at the Salon: an honorable mention in 1879, a third-place medal in 1884, and a second-place medal in 1887. In 1889, he was given a silver medal at the World's Fair in Paris. In 1894, he was given a place in the Legion of Honor. He made money from the commissions that big places like the Musée du Luxembourg and other museums in the province gave him.

He painted several panels for the Salon of Sciences at the Hôtel de Ville in Paris and decorated the ceiling of the city hall in Chateau-Thierry. From October 19, 2007, to January 19, 2008, the Museum of Fine Arts of Carcassonne held a retrospective of his work called "Innocent Marriage" (Marriage sans faute) and made a catalogue for the event. Jean-Émile Buland (1857–1938), an engraver who won the 1880 Prix de Rome, was his brother. 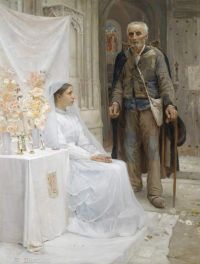 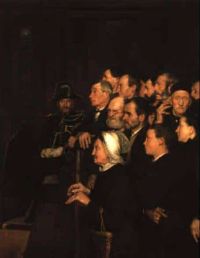 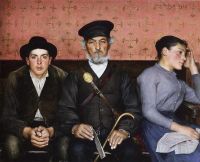 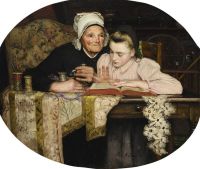 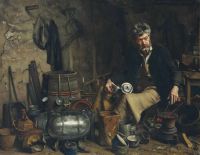 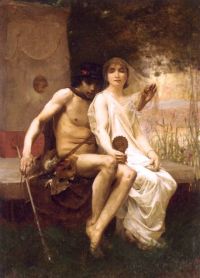 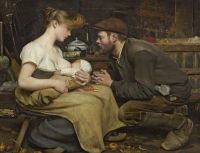 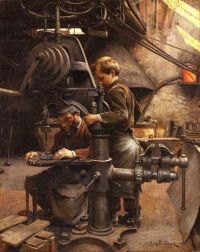 Buland Jean Eugene The Lesson Of The Apprentice 1888 canvas print 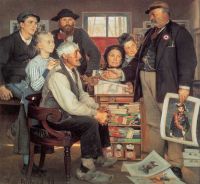 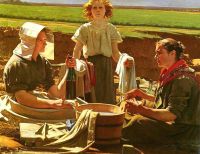 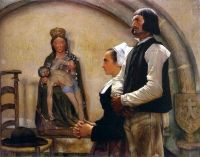