William Verplanck Birney' was an artist whose subject matter covered many countries including American and Europe, and he painted whatever happened to strike his interest such as roof tops, kitchens, houses, whatever. His work is highly detailed and strong in color and composition. At the International Exhibition in Munich in 1883, he was one of two Americans who sold pictures and his painting was titled "A Quiet Corner". It was a German peasant girl, daydreaming and reflected one of his signature subjects, which was private moments in time. He was born in Cincinnati, Ohio in 1858 and studied art at the Pennsylvania Academy and the Royal Academy of Munich.

Birney William Verplanck A Pause In The Music 1892 canvas print 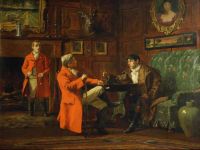 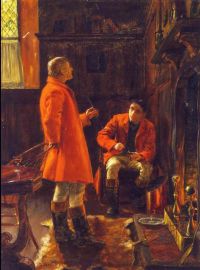 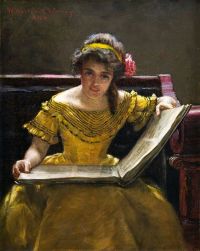 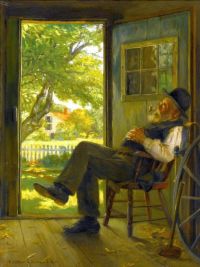 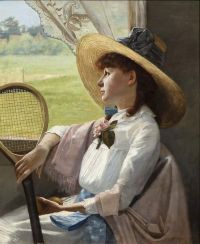 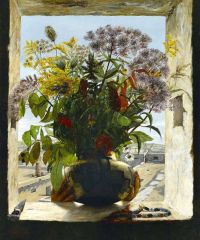 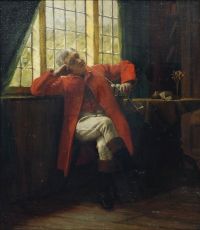 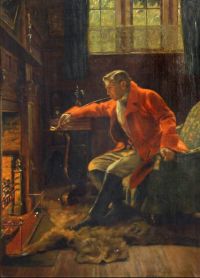 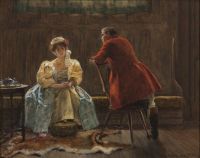 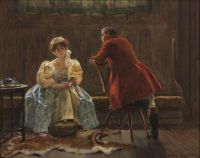 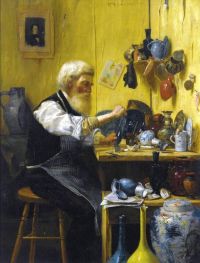 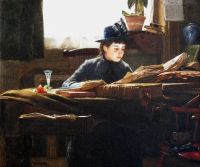 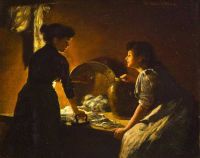 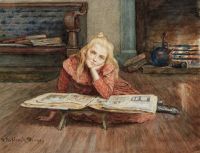