Joseph Bail is the brother of the painter Franck Bail. Their father, Jean-Antoine Bail, was a practical realist tradition of genre subjects. Joseph Bail first trained with him, before going to the workshops of Jean-Léon Gérôme and of Carolus-Duran. As a teenager, he made his first still lifes in 1878 (Poissons de mer et Huîtres). A year later, he presented works at the Salon of the Society of French Artists . Some years later, he became one of the youngest to receive a medal of honor for his painting 'Bibelots du musée de Cluny' at the Salon of 1886, and for his famous 'Le Marmiton' (1887). Fascinated by the world of gastronomy, he painted as much food as those who contributed to its preparation. He depicted the cooks in different ways in 'a Cigarette ou Le Repos ' (1892) and in 'La Besogne'. made where the young clerk, slumped in a chair, smoking a cigarette carelessly (1893). He continues in the same vein with 'Les Cuisiniers' (1894), 'Reflets de soleil' (1895) or 'Bataille de chiens' (1896). He received the Gold Medal of the Universal Exhibition of 1900 for three major works: 'Le Goûter', 'Bulles de savon' and 'La Servante'. Performing works in the Dutch or Flemish taste, it seeks to reproduce indoor scenes. It is particularly adept at making the brightness of a copper, playing with the light of a sunbeam that sneaks into the room. It stands out more with compositions featuring servants (female variation on the theme of cooks). Following a visit to the Hospices de Beaune performed in 1902, he gradually became interested in the life of the Religious Hospitallers. This visit will arise 'Le Bénédicité' (1903), 'Un Coin de lingerie; (1907) or another 'La Cuisine' (1910). Working in his Parisian workshops from Rue Legendre and Bois-le-Roi , Rue de la Mairie, he has one of his last works in 1921, 'La Citronnade,, and died a few weeks later in Paris, November 28, 1921 . His works reflects the influence of his less academic study masters paintings of Chardin he had seen at the Louvre, and the work of contemporary realistic such as Antoine Vollon and Theodule Ribot. As an iIntimate painter, he has brought care and thought to the arrangement of the elements of the set and he showed a lot of refinement and accuracy in the choice of colours. 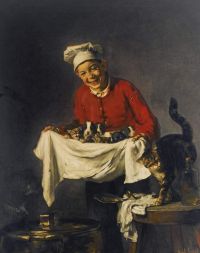 Bail Joseph A Boy With Dogs And Kittens canvas print 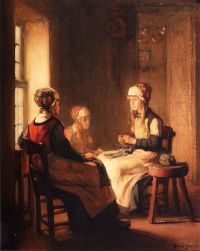 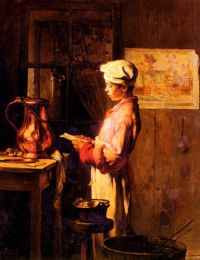 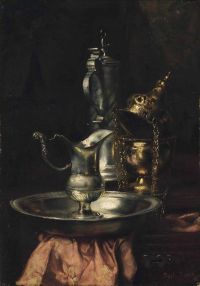 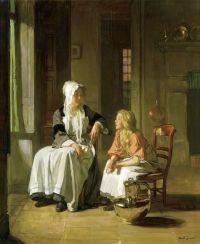 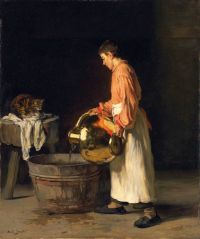 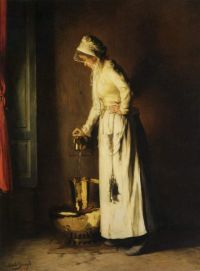 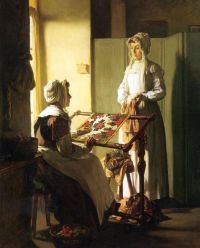 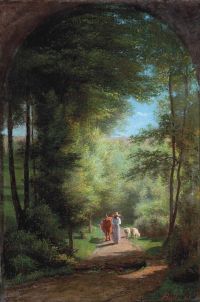 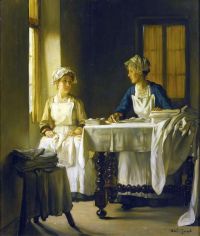 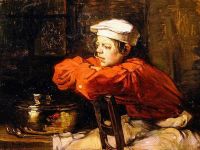 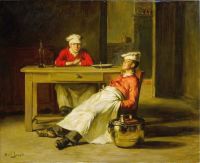 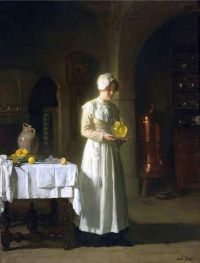 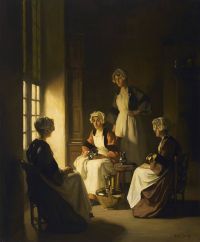 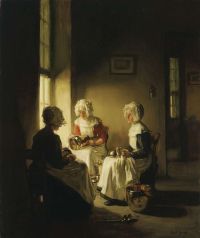 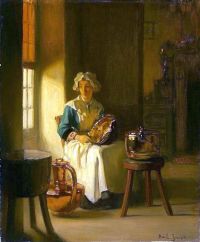 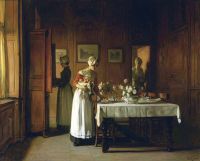 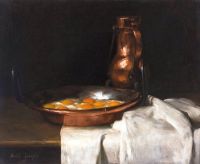 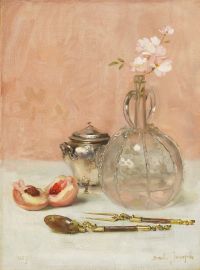 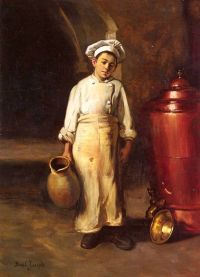 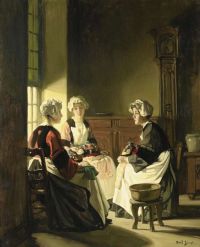 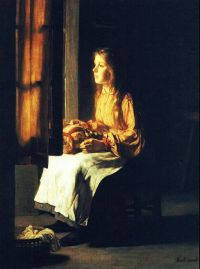 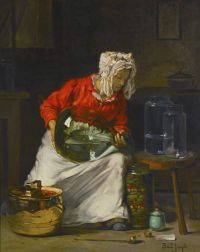 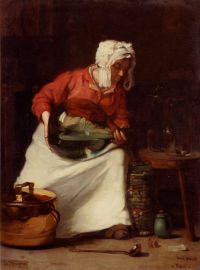 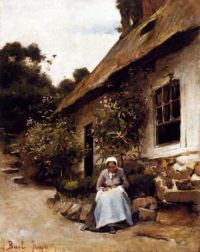