John White Alexander was an American portrait, figure, and decorative painter and illustrator. Orphaned in infancy, he was reared by his grandparents and at the age of 12 became a telegraph boy in Pittsburgh. His talent at drawing attracted the attention of one of his employers, who assisted him to develop them.

He moved to New York at the age of eighteen and worked in an office at Harper's Weekly, where he was an illustrator and political cartoonist at the same time that Abbey, Pennell, Pyle, and other celebrated illustrators labored there. After an apprenticeship of three years, he travelled to Munich for his first formal training. Owing to the lack of funds, he removed to the village of Polling, Bavaria, and worked with Frank Duveneck. They travelled to Venice, where he profited by the advice of Whistler, and then he continued his studies in Florence, the Netherlands, and Paris.

In 1881 he returned to New York and speedily achieved great success in portraiture, numbering among his sitters Oliver Wendell Holmes, John Burroughs, Henry G. Marquand, R. A. L. Stevenson, and president McCosh of Princeton University. His first exhibition in the Paris Salon of 1893 was a brilliant success and was followed by his immediate election to the Société Nationale des Beaux Arts.

Many additional honors were bestowed on him. In 1889 he painted for Mrs. Jeremiah Milbank a well-received portrait of Walt Whitman and one of her husband, Jeremiah Milbank. In 1901 he was named Chevalier of the Legion of Honor, and in 1902 he became a member of the National Academy of Design.
He was a member of the American Academy of Arts and Letters, and President of the National Society of Mural Painters. Among the gold medals received by him were those of the Paris Exposition (1900) and the World's Fair at St. Louis (1904).

Alexander was married to Elizabeth Alexander, to whom he was introduced in part because of their shared last name. Elizabeth was the daughter of James Waddell Alexander, President of the Equitable Life Assurance Society at the time of the Hyde Ball scandal.

The Alexanders had one child, the mathematician James Waddell Alexander II. John White Alexander died in New York on 31 May 1915.

Many of his paintings are in museums and public places in the United States and in Europe, including the Metropolitan Museum of Art, the Brooklyn Art Museum, the Los Angeles County Museum of Art, the Museum of Fine Arts, Boston, the Butler Institute, and the Library of Congress in Washington D.C. In addition, in the entrance hall to the Art Museum of the Carnegie Institute in Pittsburgh, a series of Alexander's murals entitled "Apotheosis of Pittsburgh" (1905–1907) covers the walls of the three-story atrium area. 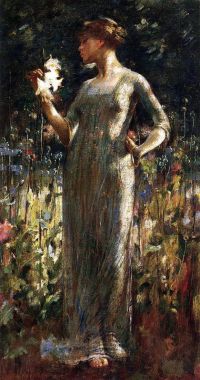 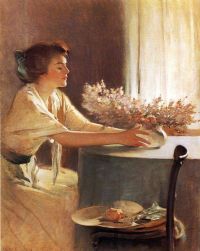 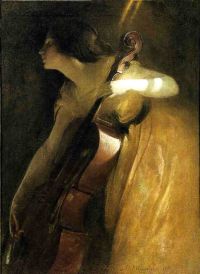 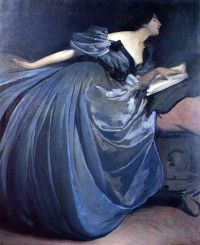 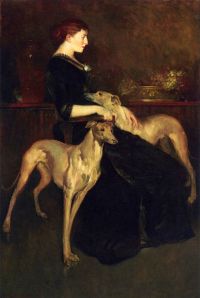 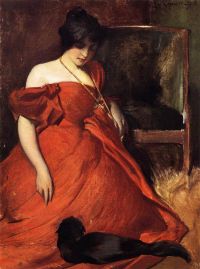 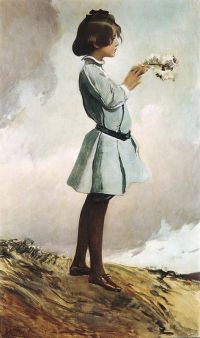 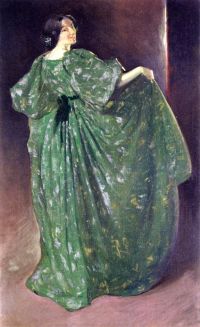 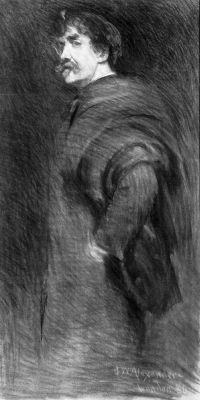 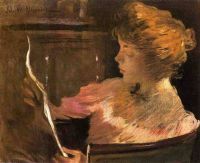 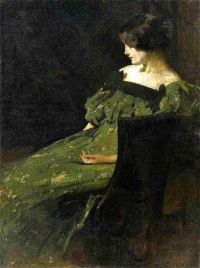 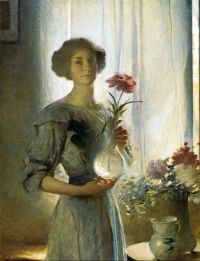 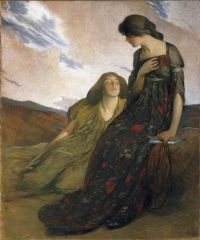 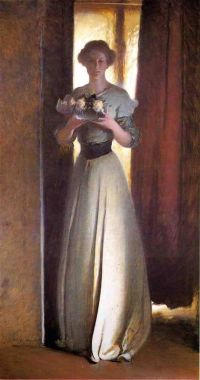 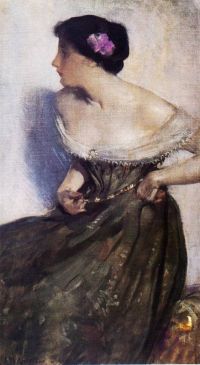 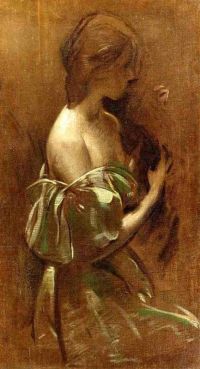 Alexander John White Portrait Of A Woman In An Off The Shoulder Gown S.d. canvas print 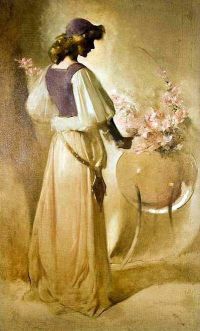 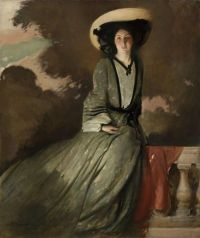 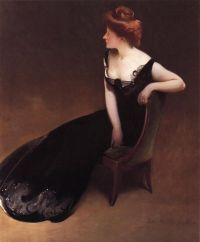 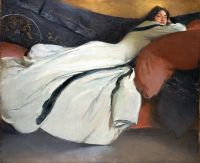 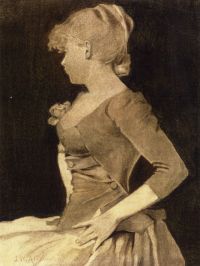 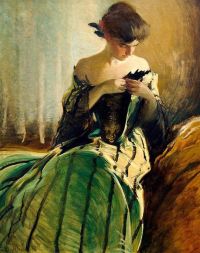 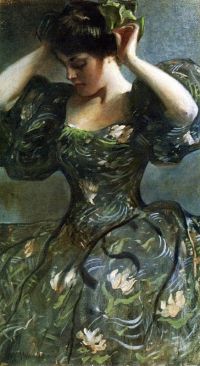 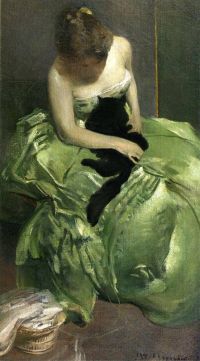 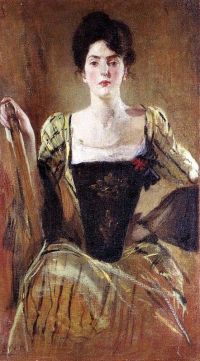 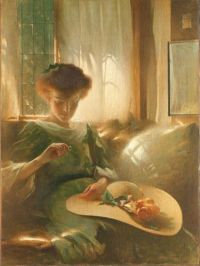 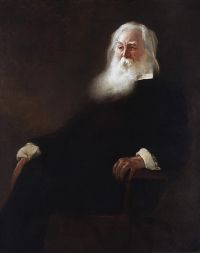 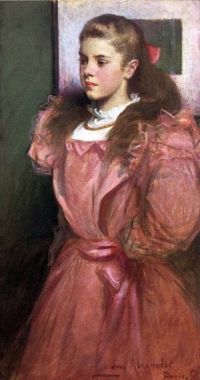 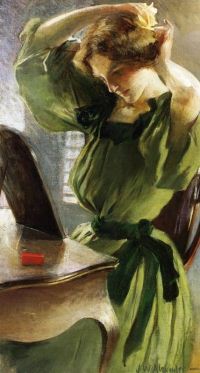