He initially studied with Angiolo Tricca, Stefano Ussi, and at the Florentine Academy of Fine Arts. At a contest, he won a stipend and ultimately gained appointment as professor at the Academy. He was prolific as a painter of canvases at Rome, Florence, and other cities. He painted realistic genre and aristocratic scenes, often in dress from the eighteenth centuries. The elaborate period dress and affected airs give his paintings, sometimes described as Rococo Revival, a retardataire focus. 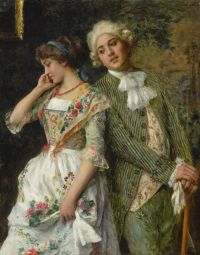 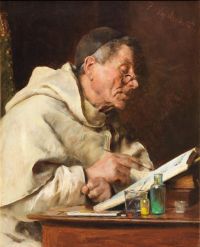 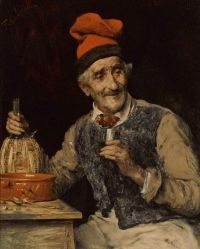 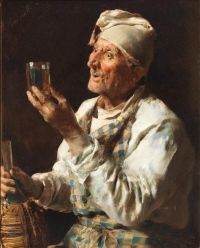 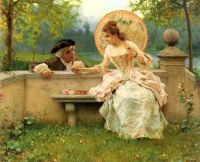 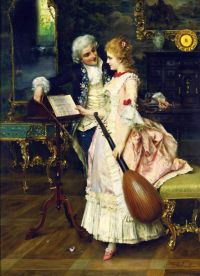 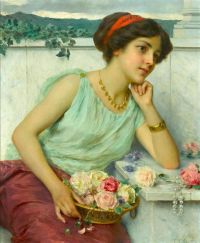 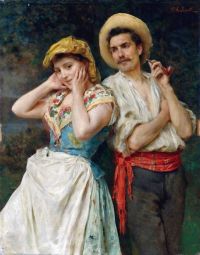 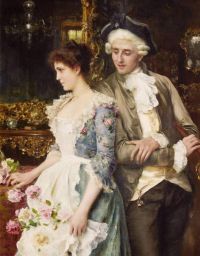 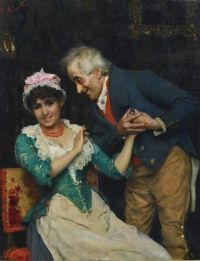 Andreotti Federico From The Heart Leinwanddruck 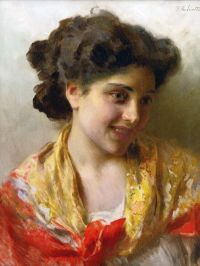 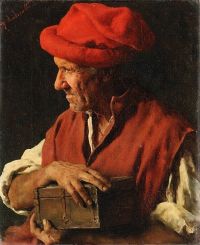 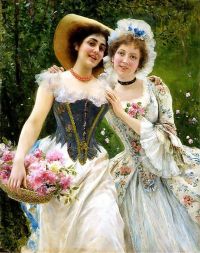 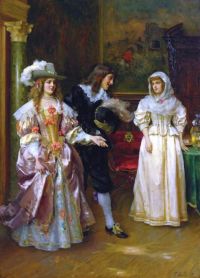 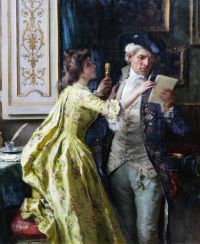 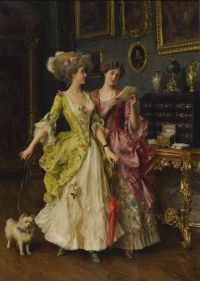 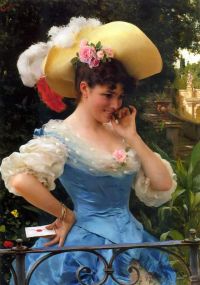 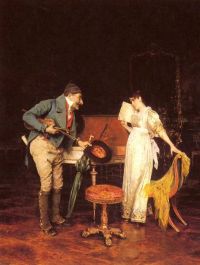 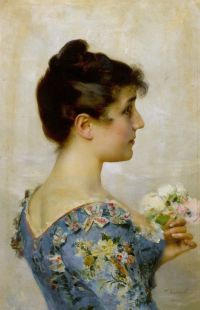 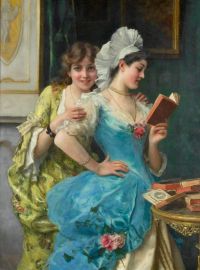 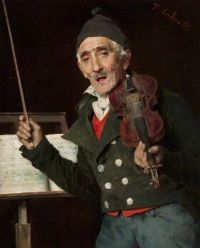 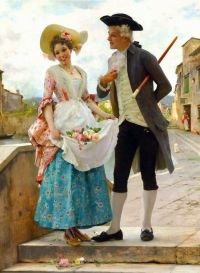